One month on from celebrating the success of the Farmers Bash 2017 news of the 2018 event has just been confirmed with organisers promising an even bigger show than last time.

Derek Ryan will once again headline the biggest indoor Irish country event the UK or Ireland has ever seen. Derek took to his social media pages to share his excitement with fans; ‘Delighted to be invited back to be part of this fantastic line up’.

Details have recently been announced confirming the country extravaganza will take place at the SSE Arena Belfast October 12th 2018.

The Farmers Bash has raised the bar for Irish country and put the favourite social outing for thousands firmly on the map in Belfast.

Tickets for the Farmers Bash 2018 go on sale on Saturday 25th November at 10.00 a.m. through Ticketmaster 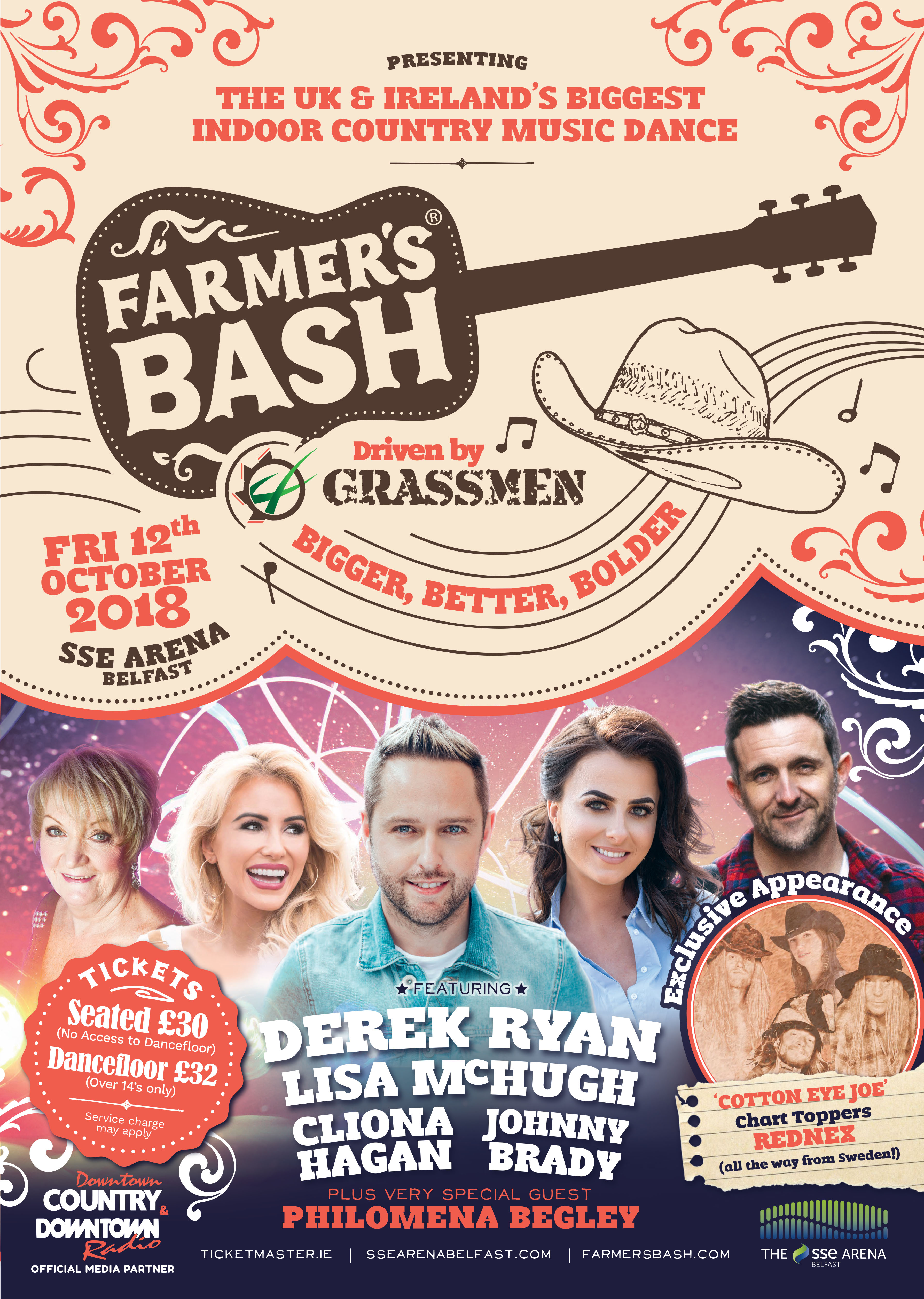