Derek Ryan, who was named “Entertainer of the Year”, has been applauded for his breathtaking performances on his huge concert tour.

Last summer, Derek embarked on a string of exclusive acoustic dates throughout Ireland. This summer, Derek will be stripping back his music once more, for another acoustic feast, which will take place in small, more intimate settings than his usual show-stopping concerts.

With the huge success in 2015 of his album ‘One Good Night’, Derek plans to make this year as successful, with two UK tours this year and two huge weekends of dancing coming up. With the success of the intimate shows last summer across Ireland, another set of shows is bound to prove a hit with Derek’s fans!

The ex D-side member stated that the “highlight of the concert tour for me has been the reaction from the audience to my acoustic set halfway through the show. I get a chance to tell stories, to the audience about my influences and sing some of my own songs and some classics, just me and my guitar!”

The exclusive intimate shows of acoustic country commence this June and July at the following venues:

Tickets on sale now from the venues, ticketmaster or eventbrite. 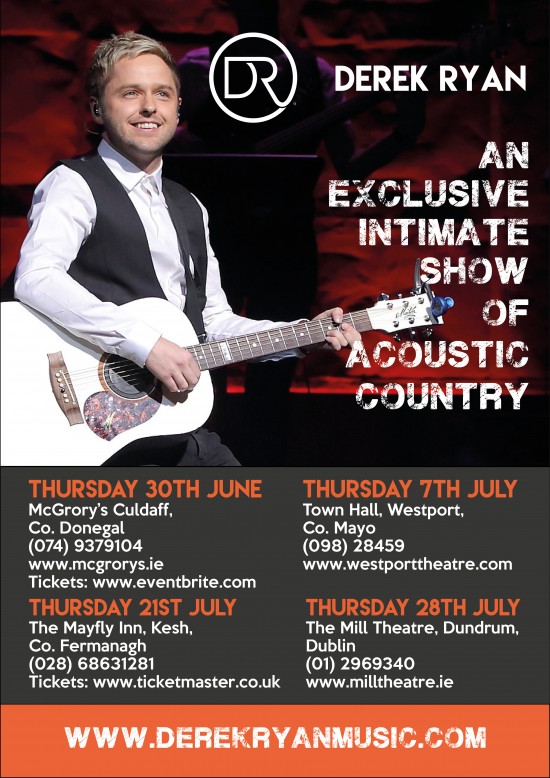