After a very successful Weekend of Dancing for Derek Ryan in Claremorris last year, he has announced, not one, but two Weekends’ of Dancing, taking place in Donegal and Mullingar this year. His first of will be held in The Abbey Hotel, Donegal from Friday 20th May – Sunday 22nd May, and is selling quickly.

This spring Donegal Town’s population is set to expand significantly with the ‘Performer of the Year’ holding his third annual Weekend of Dancing in The Abbey Hotel. Derek Ryan will be bringing his 5 piece band and special guests Robert Mizzell and Gerry Guthrie for what is promised to a fun-filled weekend of wining, dining and dancing. All this and more is available to you at a low cost for this weekend break!

Derek’s most recent album, ‘One Good Night’ shot straight to No.1 in the Official Irish Album Charts. After one week on release, the amazing album held off international act Iron Maiden and finally knocked Ed Sheeran off the top spot. ‘One Good Night’ is currently Derek’s second consecutive number one album, and with another out later this year, he hopes to change that number to three.

The talented singer/songwriter will be holding his second ‘Weekend of Dancing’ of 2016 in Mulliagar Park Hotel on the 18th – 20th November, which is also available to book now by calling the hotel on 044 933 7500. 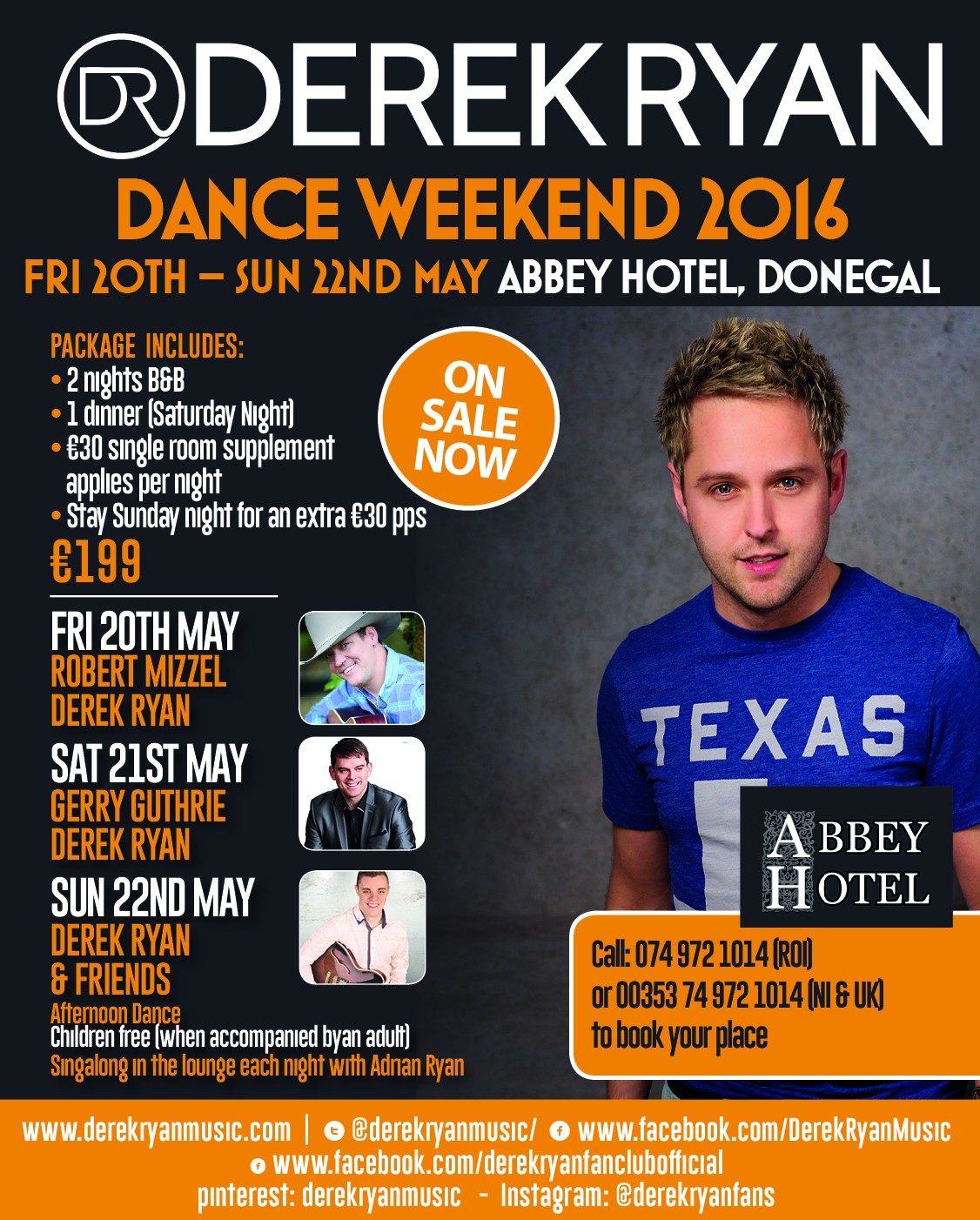