Country star Derek Ryan and his band have literally been on Fire with his current concert tour with a roaring response from fans throughout Ireland from Belfast to Killarney and Derry to Carlow with sell out shows.

‘The Fire’, which is the title track from his recent number one album, has spawned the hit songs, ‘Heaven Tonight’, ‘Homeland’ and the current single ‘Down On Your Uppers’. On Monday night, critical acclaim for the album came at the Sunday World Awards when he was awarded ‘Album of the Year’ and ‘Songwriter of the Year’.

Such has been the reaction to the current tour that Derek is pleased to announce a one-off concert in the Helix Dublin on the 22nd September. It has been over three years since he last performed in Dublin and on the night will be joined by Philomena Begley. 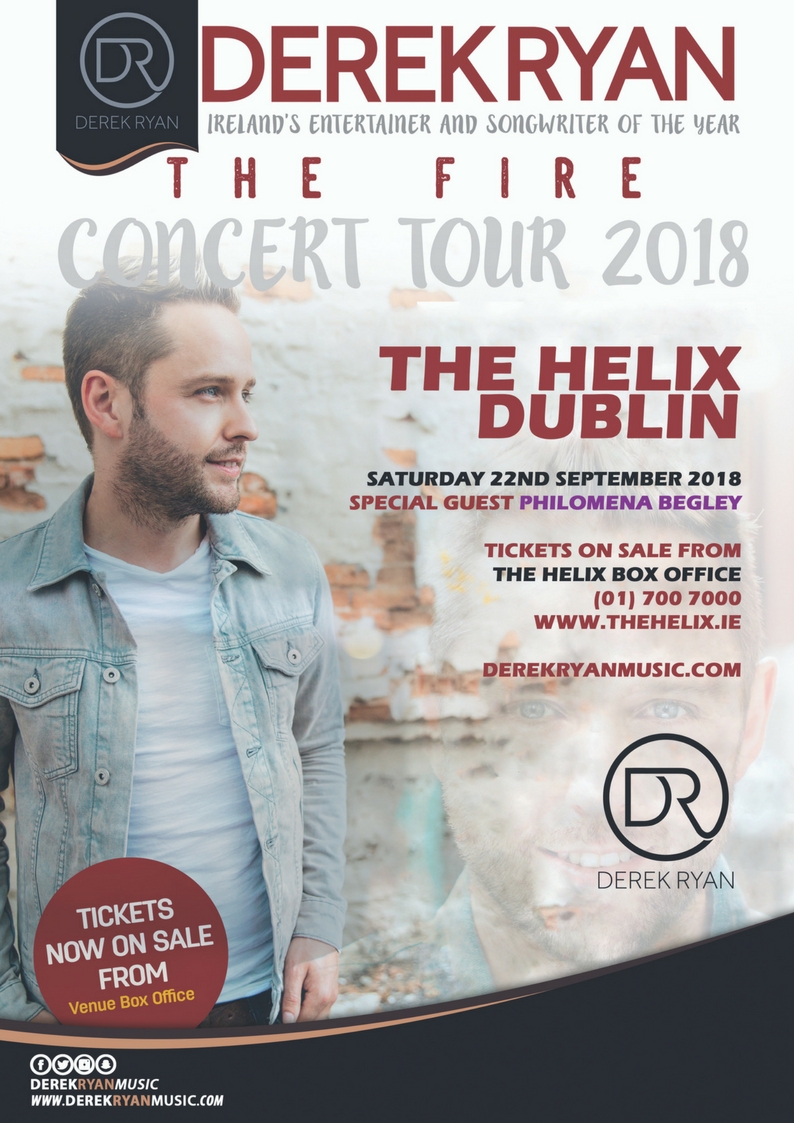