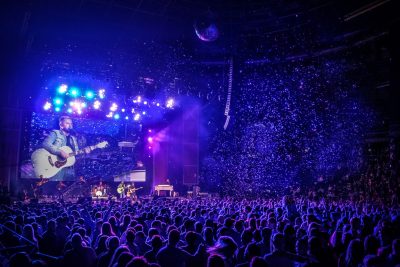 From Moy to Melbourne and Limavady to London – Derek Ryan is Irish country music’s golden boy with chart topping albums, self-written smash hit singles, millions of views, box office busting live tours and of course – an army of faithful fans around the world.

The roll call of success for the multi-talented Irish man is long and much deserved – with number one albums, sell-out shows in Ireland, UK and further afield, with a fistfuls of Awards to his name.

It’s been a long road for the Garryhill, County Carlow born artist who first developed his life long love for music when as a four-year-old, Derek’s parents bought him a drum kit one Christmas. That childhood passion was further nurtured when his dad brought him to fleadh cheoils (Irish music festivals) with young Derek truly proving ‘I Got Rhythm’ – winning two All-Ireland titles in bodhran and ceili drumming.
Tunes from his mum’s favourite country music radio shows – with songs by favourites including Garth Brooks, Alan Jackson and George Strait – also engrained themselves deeply in a young Derek’s heart.

The Irish pop pin-ups were also big in Japan – scoring a number one single in the Land of the Rising Sun. But when the pop bubble burst, determined Derek picked himself up off and started following his Irish and American-inspired country music dreams. Working as a solo artist from 2006, he spent three years honing his craft around the club and bar circuit in London while studying at the same time to be an accountant.

He returned to Ireland in 2009 with the intention of completing his course and exams in Carlow. But the pull of his guitar and writing songs – rather than counting numbers on a calculator – proved more attractive and paid supreme dividends. Early self-validating songwriting success came in prestigious competitions such as A Song For Carlow and The International Song Of Peace. And when a song he had written in a bolt of creativity in his London bedsit in less than half an hour, God’s Plan became a 2010 smash hit in Ireland… it was ‘D-Day’ for Derek’s career from then on!

Dozens of artists have since recorded Derek’s songs, including Daniel O’Donnell, Foster & Allen, Philomena Begley and Jimmy Buckley underline the industry wide admiration for Derek Ryan’s credible songwriting talents. Since then, with a combination of terrific talent, admirable determination and a continuous desire to do better, Derek’s career has kept on reaching progressively greater heights.

After an ecstatically received Australian tour and an ‘Oz-only compilation album’: Let Me Introduce Myself in 2015, Derek’s dreams of major country music stardom look set to come true too outside Ireland.

Balancing huge demand from dancehall and concert theatre audiences with his constant desire to create new music, Derek has released 14 albums – ‘A Mother’s Son’ (2010); ‘Made Of Gold’ (2011); ‘Dreamers And Believers’ (2012); ‘Country Soul’ (2013) and two Irish Number One chart toppers – ‘The Simple Things’ (2014) and ‘One Good Night’ (2015). Derek released his seventh and eighth album simultaneously, ‘Happy Man’ and ‘This is Me’ (2016), ‘Perfect Days’ (a vinyl-only album), ‘The Fire’ (2017) and his latest tenth studio album aptly named ‘TEN’ (2018). His eleventh album ‘The Hits’ (released late 2019), a 21-track collection album of Derek’s biggest songs and fan-favourite classic hits that showcases the 10 year career for the Carlow man, highlighting the songs that have made Derek one of Ireland’s best-selling country singer/songwriters. Derek also released a LIVE album in early 2019 featuring 24 tracks recorded live during his sold-out Scottish Tour at his concert in the Eden Court Theatre, Inverness, Scotland.

Songs such as ‘God’s Plan’, ‘Down On Your Uppers’, ‘To Waltz With My Mother Again’, ‘Ya Can’t Stay Here’, ‘Life Is A River’, ‘Hold On To Your Hat’ and ‘Flowers In Your Hair’ emphasise Derek’s fantastic flair for self-written songs and touching the hearts AND feet of his fans!

Derek has won countless accolades including Entertainer of the Year, Album of the Year and Best Live Performer. However, Derek is most proud of the award winning recognition for his songwriting abilities at the Sunday World and Irish Country Music Awards (ICMAs).

Derek fulfilled a long cherished dream of recording in the USA, working with Nashville producing ‘royalty’, Jeff Balding whose studio credits include Don Henley, Dolly Parton and Shania Twain. He collaborated too with a top notch team of musicians who play for superstars such as Keith Urban, Carrie Underwood and Lady Antebellum.

Considering his hectic schedule in 2019 alone, which included sold-out tours in both Ireland and Scotland, festival appearances in France and Denmark, a headline slot at the SSE Arena, Belfast, a number of Summer Festival top-bill sets, and announcements of Tours in Ireland and the UK for 2020, Derek’s relentless creative streak remained true to the singer’s heart. Time in the recording studio was still a priority, with Derek recording his new single ‘Only Getting Started’ with Cliona Hagan and the bonus track on ‘The Hits’ album – ‘If You’re Gonna Be Bad (Be Good At It)’.

Derek’s road to stardom continues with his biggest and most successful tour yet, aptly named the ‘The Hits’ concert tour which Derek promises will be his “most exciting concert show yet” – getting the opportunity to sing the songs on stage every night which have made his ten year career what it is today – as he looks towards the new decade and the next ten years!

But the modest music man at the forefront of the new wave of young Irish country music stars, remains ever loyal to his fans.

Derek plays a mix of up to 220 shows to over each year across Ireland, The UK, Mainland Europe and the US. Derek’s versatility in performing allows his shows to range from full blown arena shows and festivals to stripped back songwriter session acoustic tours. 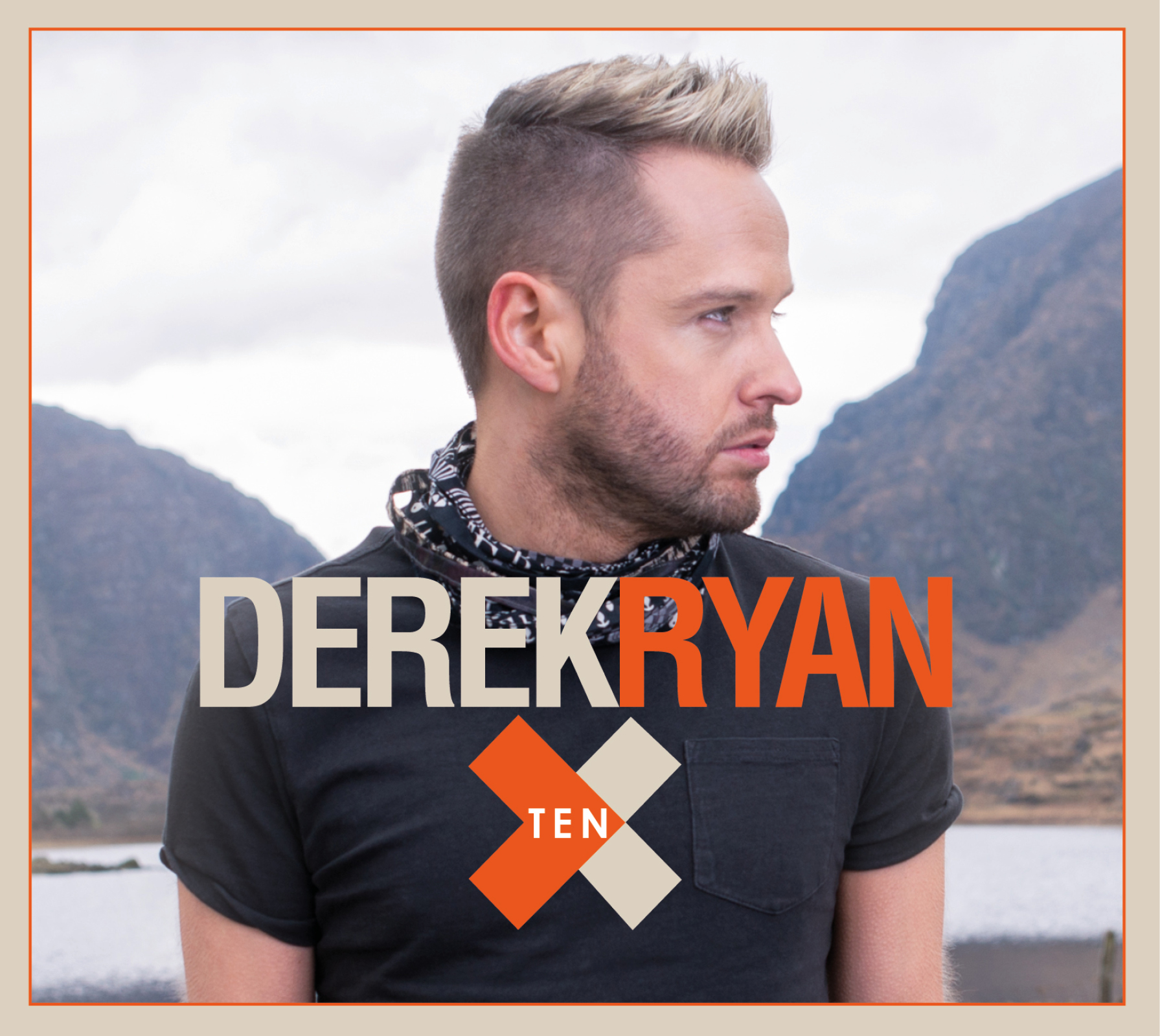 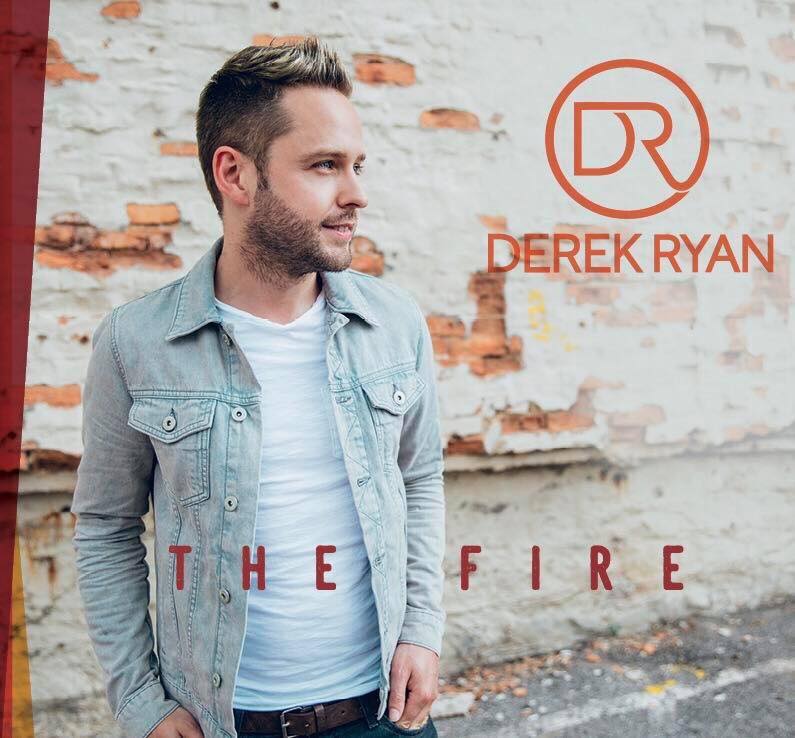 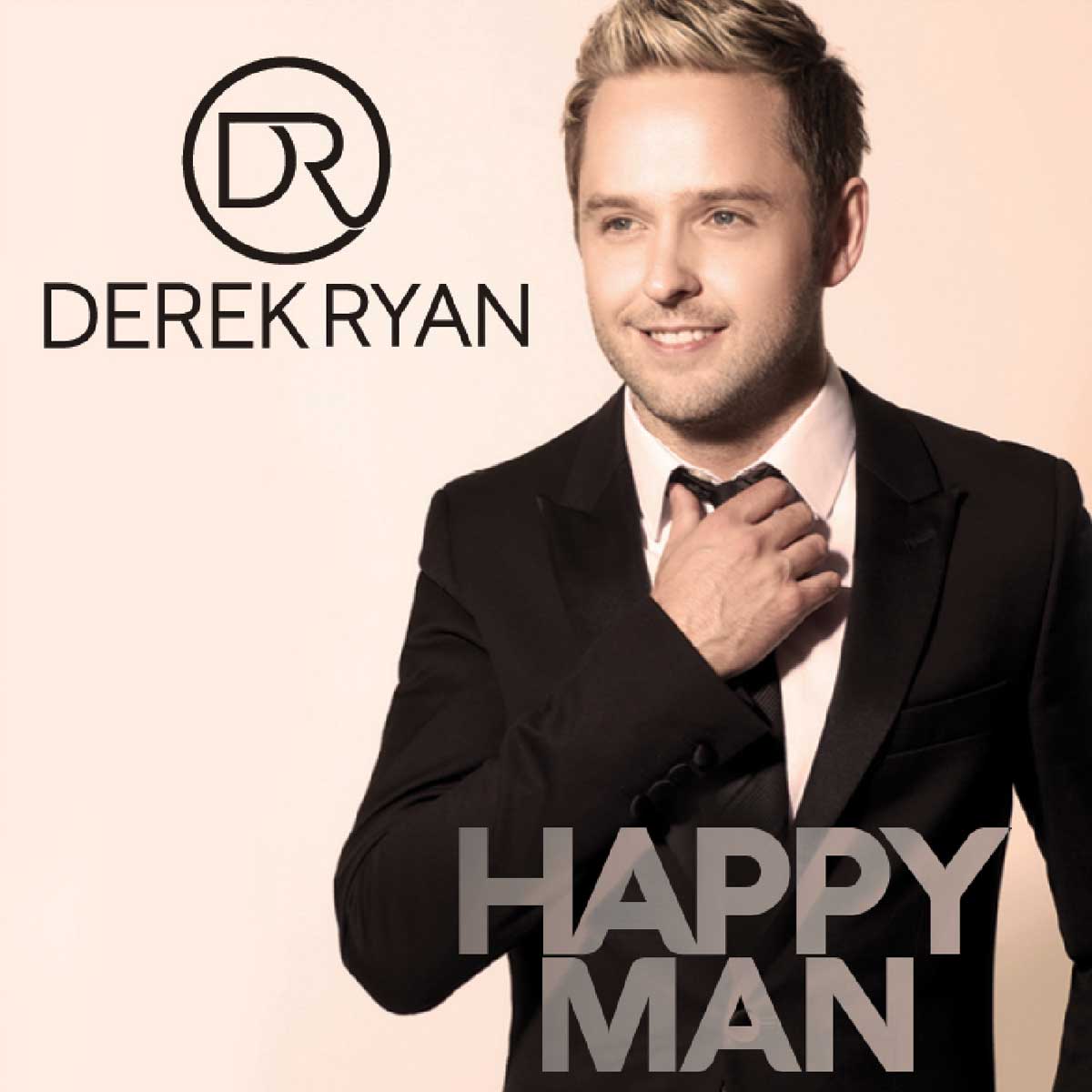 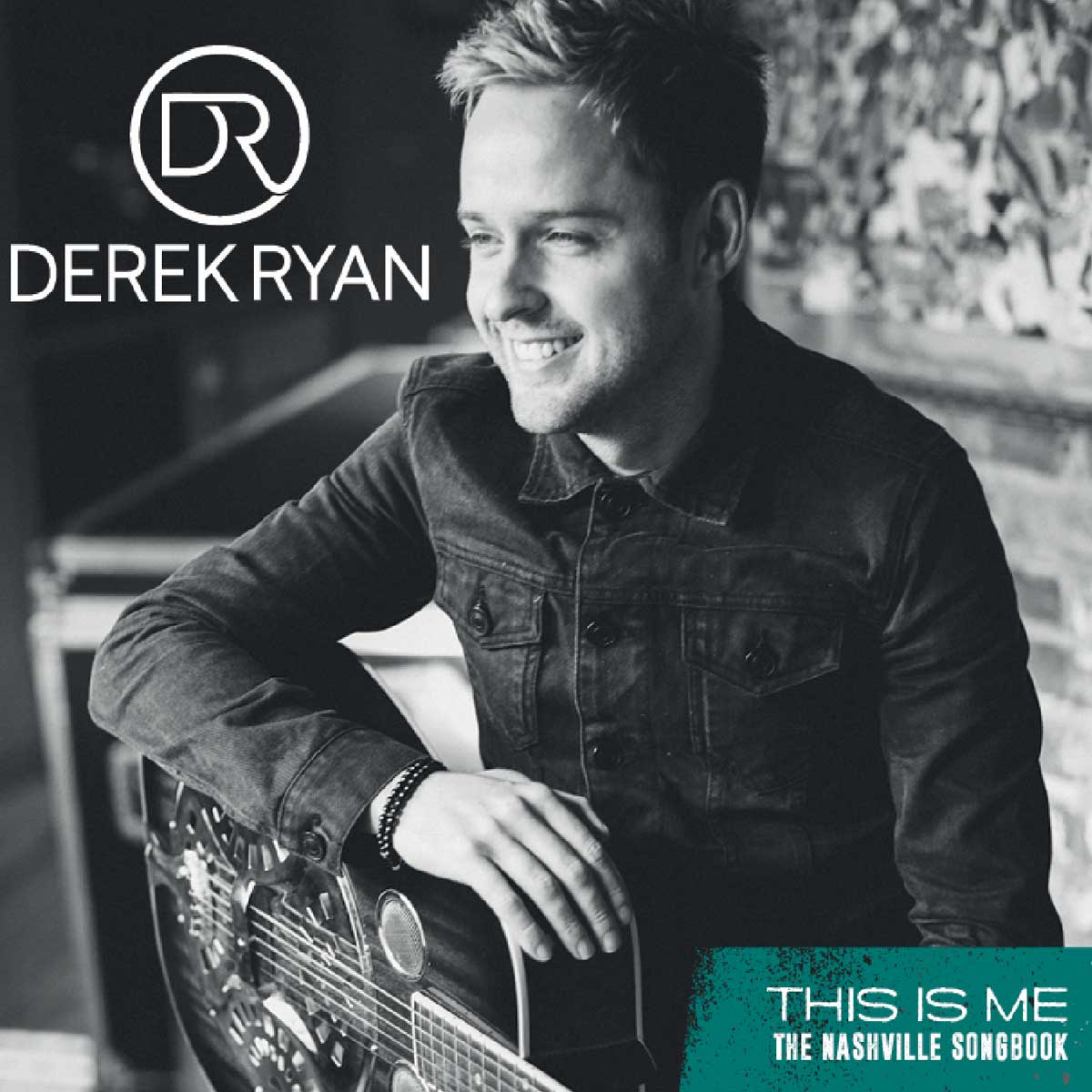 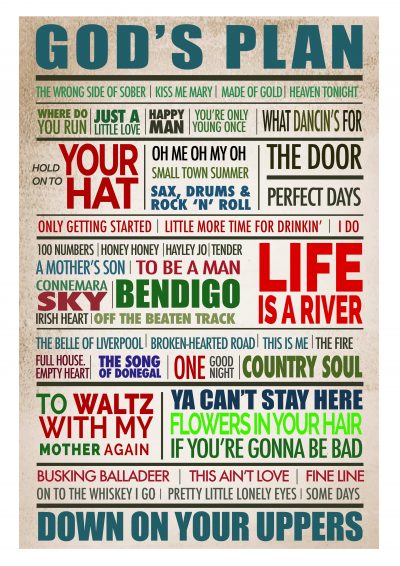 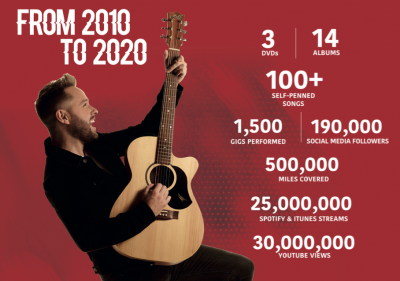