UK FANS – GET READY FOR ‘ONE GOOD NIGHT’

This year the praised concert tour from Derek Ryan and his band will be stopping off at several locations throughout the UK, from 13th – 27th April. The ‘Entertainer Of The Year’ is promising to give his fans ‘One Good Night’ at each of his tour dates.

Singer/ songwriter, Derek Ryan had released his most recent album, ‘One Good Night’, last year, which topped the charts on the week of its release. 2015 was a whirlwind of success for Derek, and he plans to make this year even better, starting it off by crossing the Atlantic to begin recording his forthcoming album in Nashville. The Carlow man has since returned home to Ireland, to make a start on his very busy schedule for this coming year.

“There is so much coming up in 2016, and it is so exciting!” said the ex D-side member, “Its is tiring, of course, but I love it! We have our ‘One Good Night Ireland Tour’, a new album, UK Tour, and so much more happening this year, it’s pretty daunting!”

Derek will be embarking on his ‘One Good Night UK Tour’ this April, which includes a mix of old favourites, classic country and Derek’s own original material. After a huge call from the mainland to return, Derek is coming back to the UK, where he will be staying for an extended and extra special concert tour. Make sure you are able to catch Derek when he comes to a venue near you!

On his travels, Derek will bring his own brand of country to the following venues: 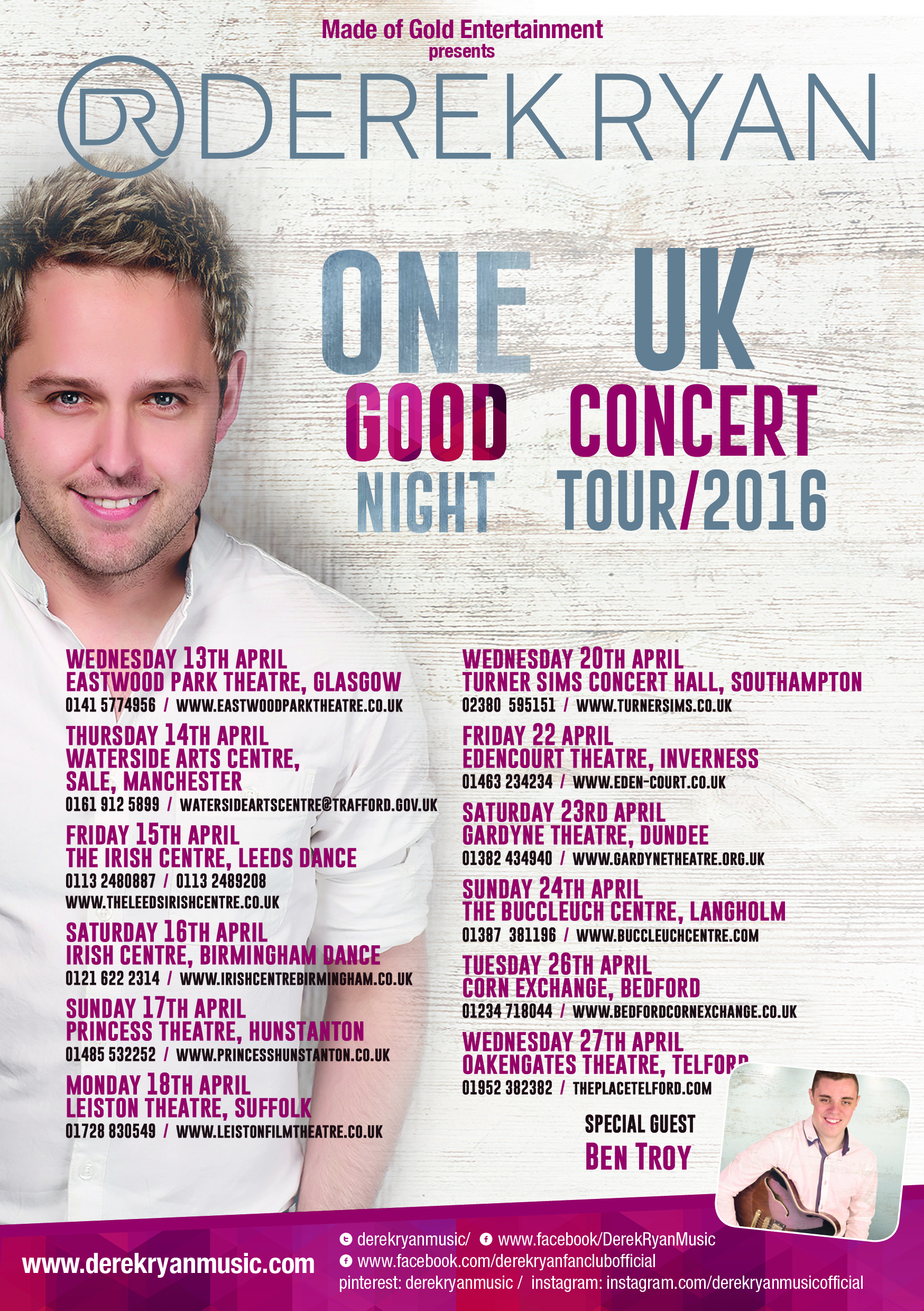