The roll call of success for the multi-talented Carlow man is long and much deserved. He has won countless accolades including Entertainer Of The Year, Album Of The Year and Best Live Performer. But he is perhaps proudest of the award winning recognition for his songwriting abilities at the Sunday World and Irish Country Music Awards. Derek recently won The Irish Post’s ‘Best Country Male’ and ‘Best Country Song-writer’ at the Millennium Forum, Derry in front of a start studded audience.

Derek has just announced his ’Songwriter Session Tour: Unplugged’ for his devoted fans, playing at many venues throughout Ireland where he hasn’t performed before. Derek is keen to let his music lead this tour and opted for unique venues for this intimate laid back tour. Derek has reached a pinnacle point in his career with his songwriting taking centre stage.

For all tour dates visit www.derekryanmusic.com/tour 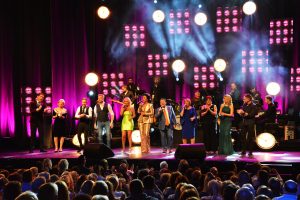