It’s under two weeks to the release of Derek’s new album ‘The Road To Christmas’. Derek has announced he will be holding an exclusive Live Album Listening Party on Friday 20th November.

Join Derek Ryan for a 1 hour live stream, where Derek will play exclusive live acoustic performances of numerous album tracks. Hear the stories behind the songs Derek has chosen for his first ever Christmas album.

Access links to this exclusive party will be emailed automatically on Friday 20th November at 9am (Please ensure you check your Email Inbox which you placed your website order with, and Junk/Spam mailboxes also).

*Anyone who has already pre-ordered the album will also gain access to the live stream.

*Anyone who has pre-ordered the album as part of a bundle will gain access to the stream also.

*The stream will remain viewable for 24hours after the live stream has ended.

Have a query? please email promo@risingpr.com 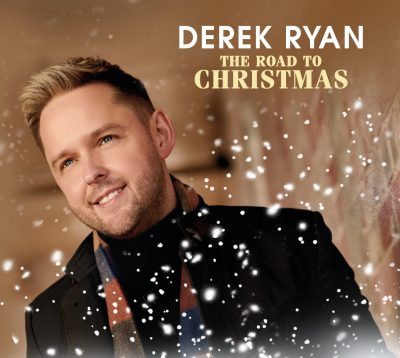