Following the success of his ‘One Good Night’ UK Tour in April of this year, award winning singer Derek Ryan is returning to the UK, kicking off from from 28th September, to give a glimpse into his forthcoming album and to show audiences that “This Is Me”, which is on release, next month. 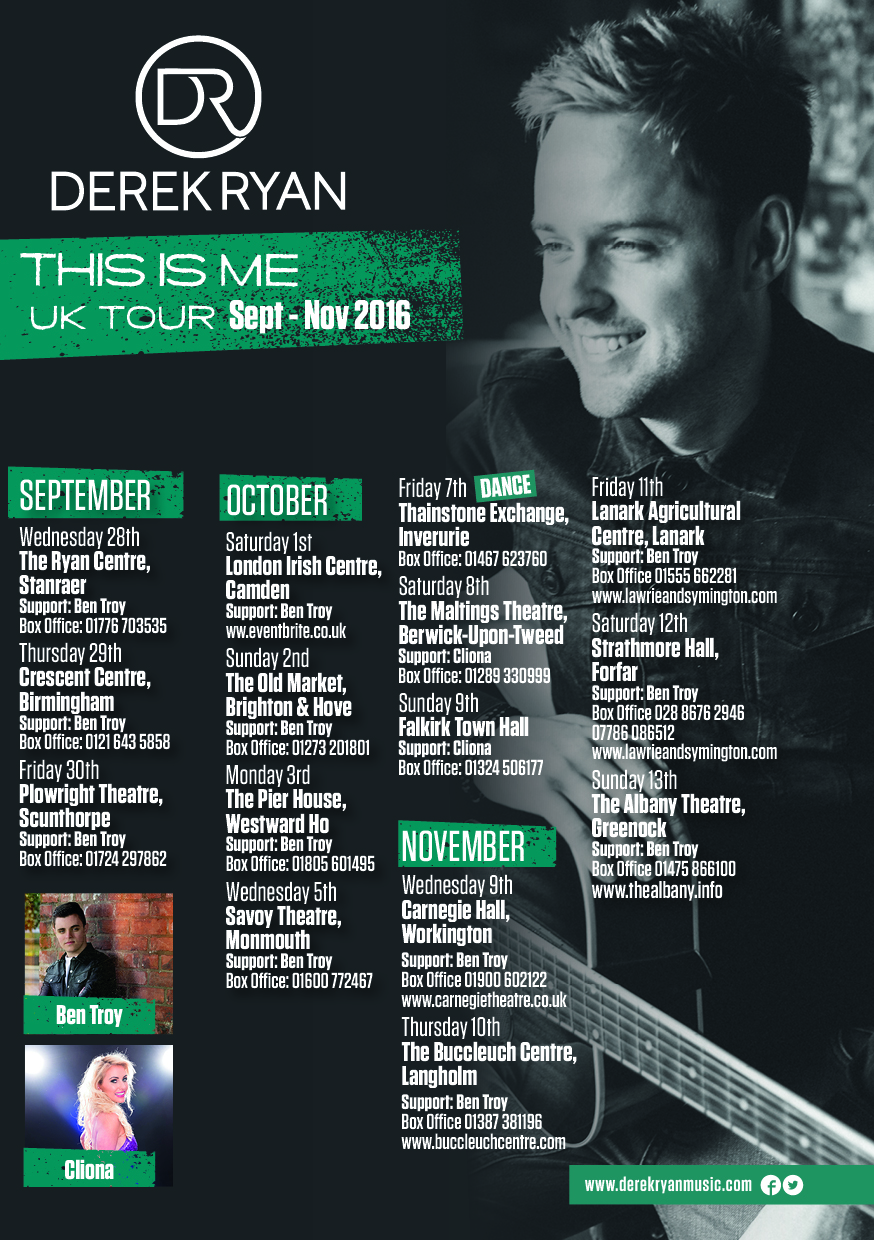 With the first half of 2016 being very successful with Derek with his UK and Ireland ‘One Good Night’ Tour and the release of his new album, he hopes to close the year with as much success with his “This Is Me” Tour.

The ex D-side member has stated that “There is so much going on in 2016, and it is so exciting!”. He will be embarking on his ‘This Is Me’ Tour at the end of September, which includes Derek’s original material, a mix of old favorites and some classic country. The talented songwriter is excited to be returning to the UK and is hoping that this tour will be just as popular as the ‘One Good Night’ Tour.

Derek will be bringing his tour to the following venues: